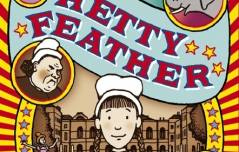 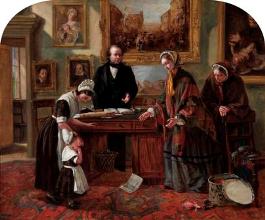 The show includes painting, sculpture and photography by talented artists up to the age of 25, each of whom has experienced the challenges of growing up being looked after by someone other than their parents.

“This exhibition is unbelievably good; when I first came in I found it hard to believe the artists were so young – but what lives they have already lived!” Visitor to Flourish 2011

Brunswick Square was one of the gardens flanking the Foundling Hospital (now demolished), a charity set up in 1739 to cater for abandoned children. Work on the square began in 1795 and the gardens were originally laid out and railed in 1799. The grade II-listed square is named after Caroline of Brunswick, the Prince Regent’s wife.

Professor Laurie Kaplan will talk about ‘Emma Woodhouse and the Children at Brunswick Square’, an exploration of the theme of foundlings in Jane Austen’s novel Emma, in the Foundling Museum on Saturday 8 June at 11am.

Drop–in. Free for children and up to two accompanying adults.

Join us for a day of creative workshops, walking tours and readings to mark the launch of Boz & The Boy.

A day celebrating the paperback release of Emerald Star, the third installment of the Hetty Feather books by Jacqueline Wilson, with a chance to meet the author!

An exclusive chance to meet Jacqueline Wilson, who will be giving a talk and signing copies of her new book Emerald Star.

Pick up a copy of the brand new Hetty Feather Trail from the Information Desk, and explore the Foundling Museum through the Hetty Feather’s eyes.

Two family art workshops will be running throughout the day, inspired by the story of Hetty Feather, led by artists.

Draw a character or scene from Jacqueline Wilson’s Emerald Star and be entered into a prize draw to win a signed poster from the Hetty Feather trilogy!