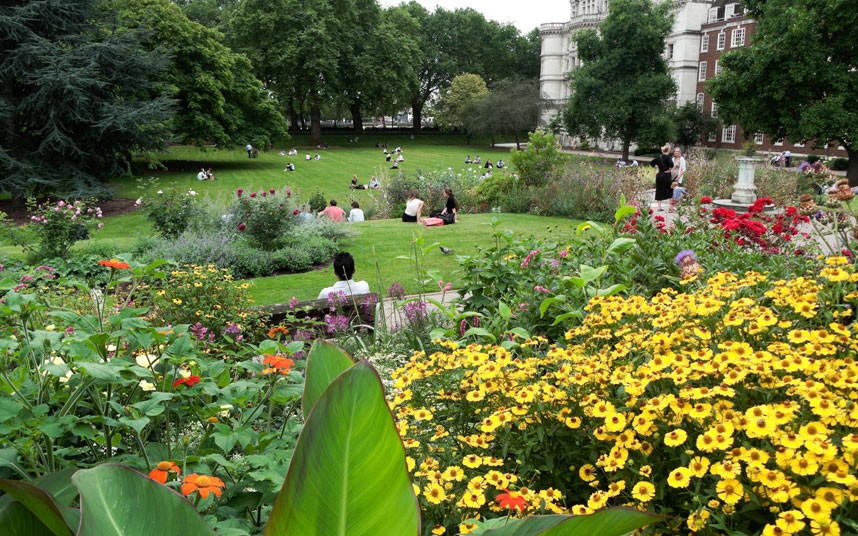 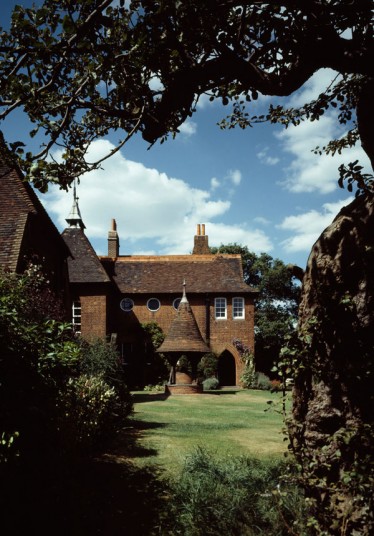 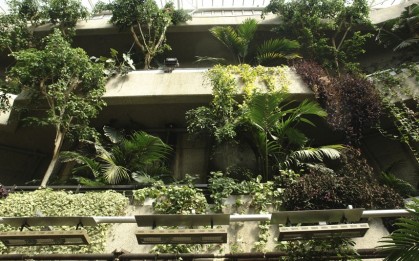 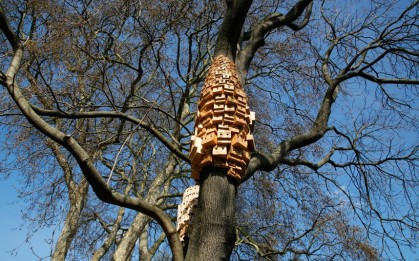 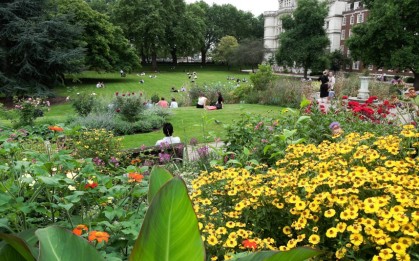 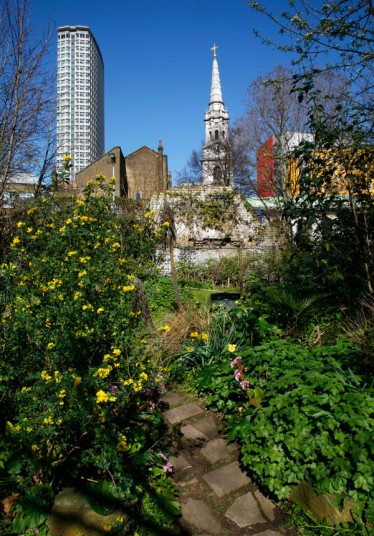 Hidden within the City’s Inner Temple, one of London’s four Inns of Court, is a tranquil three-acre garden with stunning rare trees, herbaceous borders and sweeping lawns. It is usually open to the public from 12.30-3.00 each weekday.

The award-winning Phoenix garden is a community garden in St Giles. Built in the 1980s on the site of a former car park ( and within the site of the 1117 Leper Hospital), it is entirely managed by volunteers and provides an important habitat for local wildlife. NB. They are updating the landscaping, so there are building materials being stored. The organisers asked that children are supervised as the garden has a few water areas.

Filled with over 2,000 species of exotic plants and trees – not to mention birds and fish – the Barbican conservatory offers a pleasant way to spend a few spare hours in the City. Open on Sundays : Opening times: 11am–5pm ( Bank Holiday opening times: 12noon–5pm). Nb. Check online before you travel, as it is sometimes booked for private events.

Tucked away in the suburb of Bexleyheath is the National Trusts, William Morris Red House, a beautiful home with a small but perfectly formed garden designed “to clothe the house”. In 1904 the critic Hermann Muthesius called the property “the first house to be conceived and built as a unified whole, inside and out”.
Picture: Alamy

Not far from Upper Street in Islington is Duncan Terrace Garden, a charming linear garden which follows the route of the historic New River, a waterway which was built in the 1600s to bring a clean water supply to London. It’s known for an installation called “The Spontaneous City in the Tree of Heaven”, a jumbled collection of bird boxes inspired by local architecture.
Picture: Alamy

Other’s to keep secret about ;

Geffrye Museum Garden A fragrant hidden garden behind a museum in Shoreditch, which features a herb garden including 170 varieties.  Crane Park Island

Also in Twickenham is this island on the Crane River, a wonderfully peaceful area and a home for an impressive array of wildlife.

Camley Street Natural Park : A stunning, tranquil green area in the most urban of locations – right behind St Pancras Station.

Isabella Plantation : A traffic-free area inside Richmond Park, this ornamental woodland garden is especially wonderful in spring and autumn time.