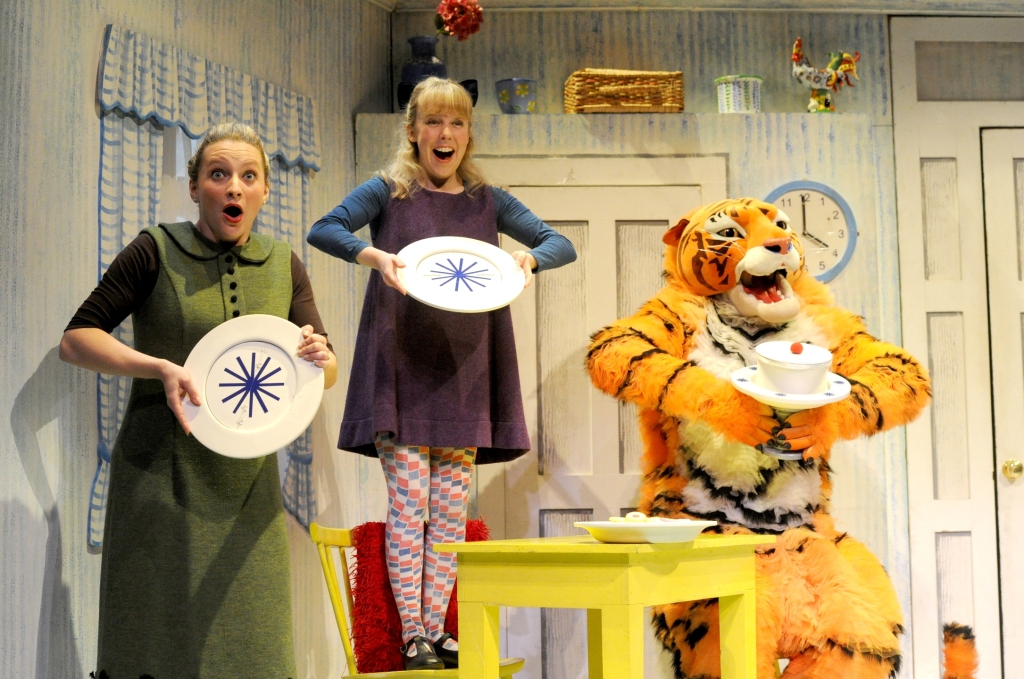 It’s pretty nearly officially the Summer Holidays for all of us, so you have no excuse to wander lonely as a cloud, pack your yumboxuk lunch, grab your oyster card and take in some culture wherever you can get it. If you haven’t managed to be one of the lucky ones and booked your 1/2 price kid tickets during Kidsweek in August, then here are 5 more entertaining shows for you to catch before they disappear into a puff of smoke around September time.

Magical entertainment for young and old, The Elephantom is a wonderfully inventive mix of puppetry, movement, dance, music – and theatrical ingenuity. This adaptation of Collins’ picture book about the little girl who is unexpectedly visited by a big blue elephant, is the perfect summer treat for all the family.

11-year-old Alice is jolted out of her bored daydreams in the school holidays when she meets a talking rabbit who insists she follow him to a mysterious Wonderland… In this fantastical place Alice comes across a number of peculiar characters, including a relaxed caterpillar, a happy cat, a depressive hare, a white knight, a romantic duchess, a mad hatter and a sleepy dormouse, and learns that all is not well in Wonderland: a mysterious (and very cross) Queen of Hearts seems distressingly keen to chop off everyone’s heads…

For the first time ever, this much loved tale of a tiger creating tea time mayhem is brought vividly to life on stage in a show packed with oodles of magic, sing a long songs and clumsy chaos. Expect to be surprised!

Zoonation do it again, billed as “A family dance adventure for the whole family”. Following the success of hit shows Into The Hoods and Some Like It Hip Hop, and its popular world premiere in 2013, Groove On Down The Road bursts back into Queen Elizabeth Hall. The show re-imagines the beloved story of The Wizard Of Oz, showcasing the phenomenal dance talent of a new generation of ZooNation performers aged 10 to 19