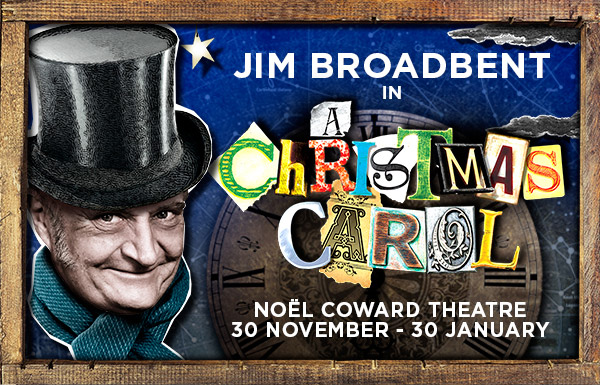 Fallen from his place in the sky, a sleepy cherub needs your help to find his way home….

Follow his garland through Battersea Arts Centre’s beautiful old rooms and discover what makes this old Town Hall so magical in a tender journey with surprises along the way. With hidden rooms to explore and play in, children are encouraged to take part. Lively adventurers don’t have to sit still!

Running Time: approx 60 mins, To book for the BSL performances, please email boxoffice@bac.org.uk or call 020 7223 2223. Limited capacity so early booking is recommended. Please note that both adults and children require a ticket

Older siblings aged 6-9 can go on their own fully-supervised adventure in Mr Mountford’s Kaleidoscopic Christmas while little ones and grown-ups enjoy Town Hall Cherubs.   Mr Mountford’s Kaleidoscopic Christmas is just £3 when booked with Town Hall Cherubs. Simply put a child ticket for both performances in your basket and the discount will apply automatically. Advance booking is essential due to limited spaces.

There could not be a better part for Andrew Pollard as he celebrates a decade of Greenwich Theatre pantomimes than the grandmother beset by a wolf, protected by a woodcutter, and loved by Red Riding Hood – expect stunning special effects, high octane singing and dancing, and a side-splitting script as we celebrate the festive season in style.

Matilda The Musical is the multi-award winning musical from the Royal Shakespeare Company, inspired by the beloved book by the incomparable Roald Dahl. With book by Dennis Kelly and original songs by Tim Minchin, Matilda The Musical is the story of an extraordinary little girl who, armed with a vivid imagination and a sharp mind, dares to take a stand and change her own destiny.

Tickets ; Prices start from £25, check online. Note this is a top level West End Show, so if you want good seats you will need to pay. If you see anything this one is the one to splash out for, it’s unmissable – pinky promise.

The World Premiere of Frozen in Concert sees a full orchestra accompany this beloved winter warmer on the world’s most famous stage.

From Do You Want to Build a Snowman? to Love Is an Open Door and Fixer Upper, all of these classic numbers will be heard as never before… and the famous auditorium’s roof is sure to be raised when the chorus and full orchestra Let it Go. Frozen is the highest-grossing Disney film of all time, having made over $1 billion at the box office, and drew rave reviews from critics and audiences alike, while scooping two Oscars, a BAFTA and a Golden Globe.

The Royal Philharmonic Concert Orchestra will be conducted by David Firman, with a chorus from the Maida Vale Singers.

Follow Santa as he awakes from a dream of sun, sea and sand only to find it is the busiest day of the year: Christmas Eve. This timeless festive story bursts into life with live music, playful puppets and a magical set.

The Nutcracker on Ice : Royal Albert Hall : All Ages

International ice dance sensation The Imperial Ice Stars return for a third triumphant season to 4,000 square feet of ice at the Royal Albert Hall, for 12 performances only. As midnight strikes on a magical Christmas Eve, a toy Nutcracker comes to life, sweeping young Marie to a world of enchantment where she meets the Mouse King, the Nutcracker Prince and, of course, the Sugar Plum Fairy.

Set against a backdrop of colourful projections, opulent costumes, magic tricks and special effects, the cast of World, European and National Championship-level skaters dance to Tchaikovsky’s glorious score performed by a live orchestra.

The team behind the Olivier and Tony award-winning comedy The 39 Steps are BACK with a sensational, awe-inspiring and unforgettable staging of General Lew Wallace’s timeless classic Ben Hur.

The greatest book ever penned is brought to the stage by a towering team of just four actors, turning the Tricycle stage into one of the most authentic versions of ancient Rome ever seen.

Experience Tim Burton’s Academy Award-winning 2010 fantasy film Alice in Wonderland on the big screen in the glorious surroundings of the Royal Albert Hall, with Danny Elfman’s magical score being performed simultaneously by a live orchestra and choir. This high-definition screening with live orchestral and choral accompaniment from the Royal Philharmonic Concert Orchestra, the Maida Vale Singers and the Cardinal Vaughan School Schola Cantorum, all conducted by John Mauceri, will bring the record-breaking film to life in an incredible feast for the eyes, ears and heart, captivating an audience of all ages.

I WANT MY HAT BACK by Jon Klassen, with book and lyrics by Joel Horwood and music by Arthur Darvill, plays in the Temporary Theatre from 12 November until 2 January. It will be directed by Wils Wilson and designed by Fly Davis, with lighting by Beky Stoddart and sound by Joel Price. Jon Klassen’s brilliant, witty book was published in 2011, and has fast become a modern children’s classic. I Want My Hat Back now comes to the stage in a joyous new adaptation stuffed with humour, music and surprises.

Bear’s hat is gone. He loves his hat. He wants it back. He asks all of the animals in the forest, but no one has seen it. WAIT! He has seen it somewhere… 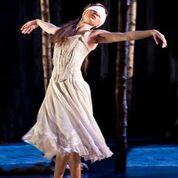 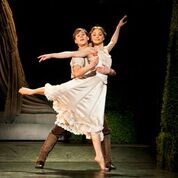 Matthew Bourne’s haunting new scenario is a gothic romance for all ages; the traditional tale of good vs. evil and rebirth is turned upside-down, creating a supernatural love story that even the passage of time itself cannot hinder. The story begins in 1890 at the christening of Princess Aurora, a time when fairies and vampires fed the public imagination, before moving forwards in time to the modern day, a world more mysterious than any fairy story!

Inspired by Dr. Seuss’s classic tale, The Lorax tells of a moustachioed and cantankerous critter who’s on a mission to protect the earth from the greedy, tree-chopping, Thneed-knitting businessman known only as The Once-ler.

Adapted by David Greig and brought to the stage by acclaimed director Max Webster (James And The Giant Peach, To Kill A Mockingbird, Twelfth Night), The Lorax blends theatrical invention, songs and zany humour in a timely and vibrant Christmas show with a message that will speak to audiences of all ages.

Meet two sisters who couldn’t be more different. Cassandra is as feisty as Belle is timid, but when their father’s life is threatened by a fearsome Beast, it is Belle who comes to the rescue. Follow her courageous journey to the Beast’s mysterious castle where she must overcome her fears and discover the true meaning of beauty. But can a single kiss set her prince free?

The enchanting children’s classic comes to life this winter in an exhilarating Polka show brimming with adventure, music, magic and mystery.

Celebrating the 35th anniversary of Michelle Magorian’s much loved children’s classic, Chichester Festival Theatre’s Olivier award-winning production of Goodnight Mister Tom returns to the West End just in time for Christmas. Set during the dangerous build up to the Second World War, Goodnight Mister Tom follows young William Beech, who is evacuated to the idyllic English countryside and forges a remarkable and heart-warming friendship with the elderly recluse, Tom Oakley, played by David Troughton.  All is perfect until William is suddenly summoned by his mother back to London.

Peppa Pig’s Surprise will play from 18th Dec- 17th Jan at the same theatre as above as for Goodnight Mister Tom. (more details to follow) 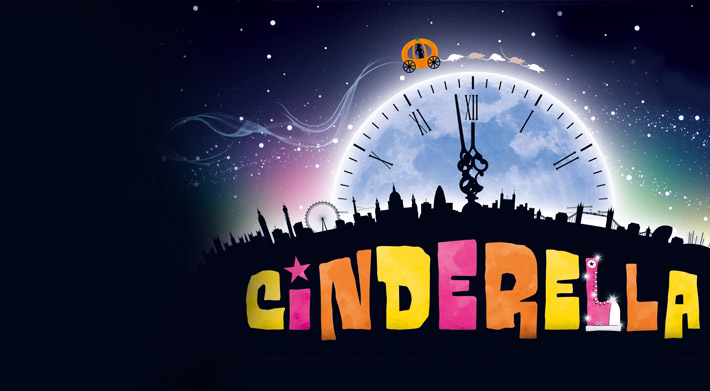 The Lyric Hammersmith‘s Cinderella pantomime is back this Christmas ready to wow audiences once again, and this year it looks like it’s got a modern twist. Set in modern-day London, and of course featuring a lost glittery pink Converse, this year’s Cinderella panto is shaping up to be the coolest kids show in town.

The Lyric Hammersmith have recently made a triumphant return to the London theatre scene after significant refurbishments with their celebrated production of Bugsy Malone, a kids’ show with a kick which has real appeal for all ages. We have a feeling that that this unique take on a traditional Christmas panto will do just the same.

Fantastic cast announced! The Olivier-Award winning Grand Dame of panto Clive Rowe is back and he’ll be joined by fellow Olivier nominee, The Bodyguard’s Debbie Kurup.
Following our record breaking 2014 hit Mother Goose, which was seen by over 50,000 people, this year’s show will be packed with every element of fabulousness that audiences have come to expect from London’s No.1 pantomime

Having spent the last twenty years touring over eighty cities, it’s safe to say that this spectacularly theatrical performance is a world favourite of Christmas shows, having won the Drama Desk Award for Unique Theatrical Experience and been nominated for the Tony Award for Best Special Theatrical Event.  The comedy should appeal to all ages, and the visuals are magical, certainly different to the colourful British panto’s we all know and love. So if you’re looking for something different to do this Christmas, book Slava’s Snow Show soon to make sure you don’t miss out!