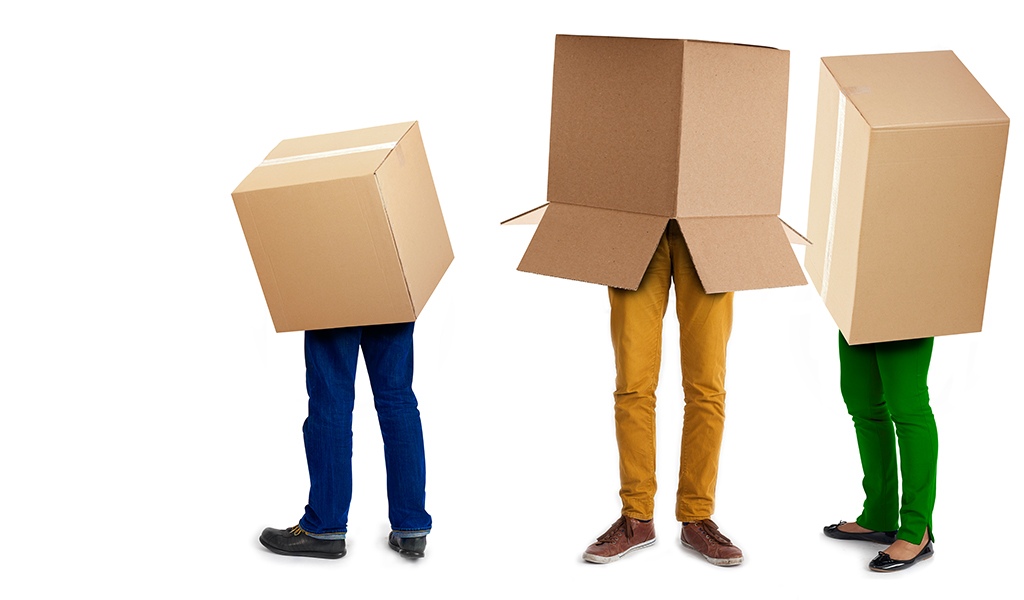 War Horse is set at the outbreak of World War I, when Joey, young Albert’s beloved horse, is sold to the cavalry and shipped to France. He is soon caught up in enemy fire, and fate takes him on an extraordinary odyssey, serving on both sides before finding himself alone in no man’s land. But Albert cannot forget Joey and, still not old enough to enlist, he embarks on a treacherous mission to find him and bring him home. 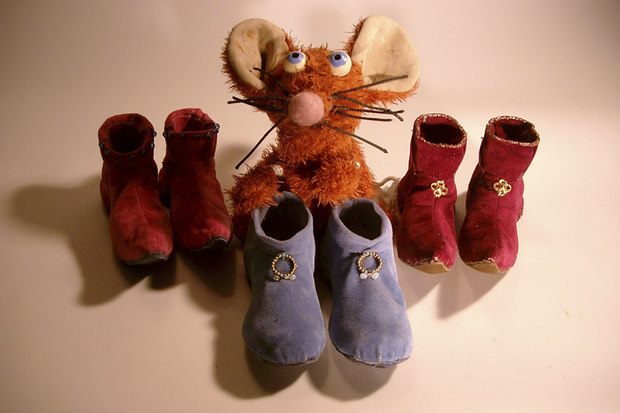 The Elves and The Shoemaker (ages 3-9) Lyric Hammersmith

There’s nothing like a pair of new shoes. From soft dancing shoes to swarthy pirate shoes, they’re delightful on the feet; silver buckle and silken souls. No one makes shoes like an elf.

The well known and well loved tale The Elves And The Shoemaker – made popular by the Ladybird Classic – has been re-heeled by Theatre of Widdershins in their own inimitable style.

Beautifully crafted set and puppets, sublime music, a kaleidoscope of miniature shoes and a comic mouse make this show a magical must-see. 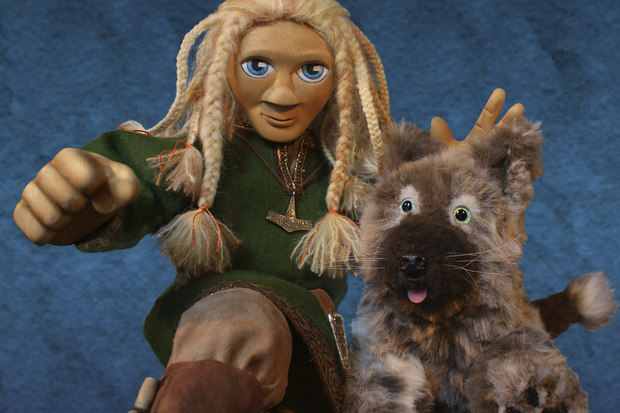 This story follows a girl who is about to become a giant’s dinner.

She must use all her wits to escape and prove human friendship is stronger than the strength of a giant and more powerful than the magic of the gods.

The rivalry between the Norse gods and the giants is brought humorously to life in this retelling of two Viking myths and Freya’s own saga. 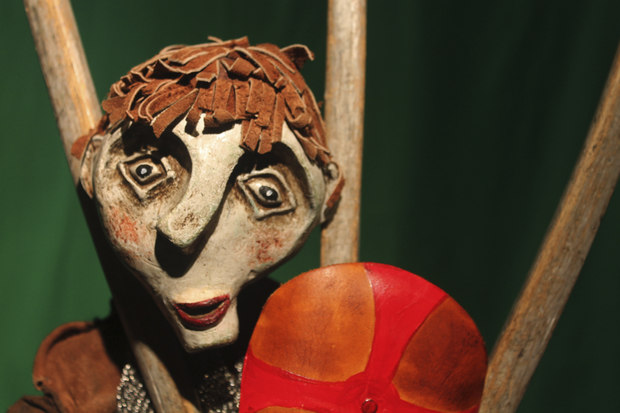 Beware! In a cave under the castle lurks a fiery dragon waiting to devour monks, knights, sheep and princesses! Will George be bold enough to challenge it or will he run away?

London Children’s Ballet is a leader in producing beautiful, entertaining ballets for a family audience.

This is the world premiere of Little Lord Fauntleroy, a ballet based on Frances Hodgson Burnett’s classic tale about a poor American boy who discovers he is heir to an English title and fortune. Through this little boy’s courage, quirky charm and eternal optimism, he softens the heart of his fearsome old grandfather and restores his broken family.

The production is performed by a cast of 60 talented young dancers, aged 9-16. Composer Richard Norriss and choreographer Jenna Lee have teamed up to create their second ballet after the sell-out success of LCB’s Snow White in April 2015. 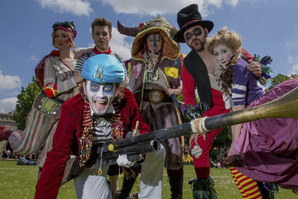 A caravan of curiosities and its crew of mysterious misfits have arrived to entertain, amuse and beguile you: The Marvellous Imaginary Menagerie.

Ever wanted to count a Decapus’s legs? Or wondered what a Whistling Pank eats?

Would you like to catch a glimpse of the fabled ‘Massive Paw’, or lick a Tresillian Toad? Or perhaps see a cow that looks like Brian May?

Then you’ve come to the right place! Dr Longitude and his team of “experts” are here to guide you through a puppet-packed, ludicrously lyrical and magically musical tour of the Imaginary Menagerie’s finest exhibits.

From the acclaimed creators of Alice’s Adventures Underground, The Trench, and Captain Flinn and the Pirate Dinosaurs, Les Enfants Terribles tour with the silliest, funniest and most entertaining family shows to date – suitable for big kids and small grown-ups!

NO ONE EVER RETURNS FROM THE LABYRINTH. By Adam Peck & Directed by Tarek Iskander

In Crete, in an impossible labyrinth, lives a fearsome and lonely beast with the head of a bull and the body of a man. Only his sister Ariadne cares for him, and she dreams of setting them both free from the rule of their selfish father, the King.
But when Ariadne sees her chance to escape, she makes a terrible pact with the enemy’s son that will change everyone’s future for better or for worse.

This playful, clever retelling of the well known Greek myth will be an action-packed treat from the writer of the Unicorn’s highly successful 2013 Christmas show, Cinderella: A Fairytale. Minotaur was first performed at Bristol Old Vic in Feb 2014.

I WANT TO GO HOME. By Timberlake Wertenbaker & Directed by Purni Morell

Telemachus’ father left long ago to fight a war. He doesn’t remember him. Now the man of the house, he must step up to defend his father’s legacy and protect his mother from the suitors that lounge around the court.

Meanwhile, the great Odysseus has been trapped by the goddess Kalypso for ten long years. Lost in his memories of past glories he longs to return home.

This timeless Greek myth has been reinvented by extraordinary playwright Timberlake Wertenbaker to create a modern, rich and powerful new work about a son searching for his father and a father searching for himself that explores masculinity and the effects of war.
Show details; Weston Theatre & Under 18s: £8 / £10 / £12 & Adults: £12 / £16 / £18 (concessions £3 off) & Duration: Approx 1 hr 15 mins

This is the tale of a surprising and surreal encounter with three people who have a lot to say – and only three words with which to say it.

Where is Jeramee? Who is making that noise? What is under the sheet and why does it keep moving?

This is a show delivered with wit, impeccable timing and plenty of clowning around.

Suitable for ages three and older, the show sees the return of director Tim Crouch to the Unicorn Theatre following international touring success with “I, Malvolio” and “An Oak Tree” at the National Theatre, and is written by Gary Owen whose recent hits include “Crazy Gary’s Mobile Disco; Violence and Son” at the Royal Court. 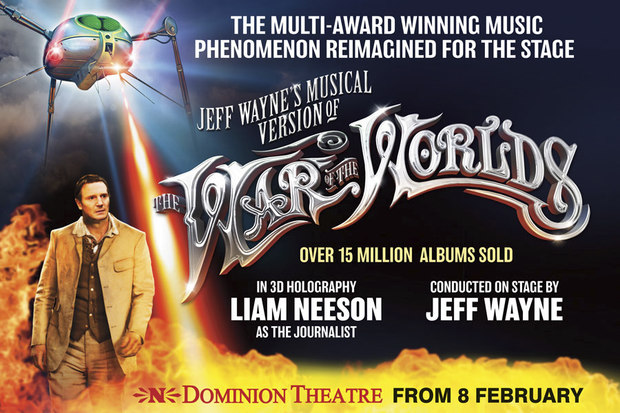 The War Of The Worlds, Dominion Theatre

Adapted from HG Wells’ legendary novel, The War Of The Worlds tells the story of ruthless but highly intelligent Martians with machinery and weaponry of devastating capabilities who arrive on Earth with the aim of destroying the human race.

This new stage adaptation, which follows decades of arena tours, sees Wayne conduct his 1970s cult progressive rock score, which became one of the bestselling musical albums of all time, selling more than 15 million copies.